Zombies are naturally spawning, hostile NPC's that spawn in both multi-player and single-player which have a small chance to drop loot. They all spawn in most common areas such as Charlottetown, Montague, etc., but also spawn in places like The Car Crash near Summerside Peninsula.

There are many different variations of civilian zombies, including grocery workers, police officers, golfers, etc. All of these variations have a chance to drop civilian grade loot.

There are two main types of zombies which are walkers and crawlers. Crawlers are low zombies which attack your feet, making them harder to hit as they are at a low position. However, they are more vulnerable to getting hit in the head. Walkers are more common than crawlers and have no disadvantage over the player and will mostly attack your chest. Walkers have two positions: the speedy type and the normal. The speedy type looks stronger and is slightly faster. Two good examples of the speedy type of zombies is the pinked shirt one, and the military zombie.

Zombies will take more damage if hit in the head as this is their weak spot. Zombies will be dressed in clothing similar to what you can find. All zombies deal 10 damage without armour and the warrior skill upgraded, and move at different speeds depending on their clothing.

Zombies can destroy human-made structures so defending your base is necessary. When walking near a human made/placed structure, the zombies will often aggro that instead of the player.

There are also Military Zombies which spawn at Belfast Airport, Confederation Bridge, O'Leary Military Base and some civilian areas. These zombies can also be crawling or walking. They have increased health due to them wearing armour, which can be found in those areas. It will normally take one extra hit or shot when attacking the head (except with the Crossbow, Compound Bow, Matamorez and Timberwolf, which are all one shots, unless playing on Hardcore difficulty, where not even the Timberwolf can kill a military zombie with a perfectly scored single head shot [though civilian zombies still do]). These zombies have a chance to drop military grade loot, and mainly spawn in these areas due to the increased loot quality.

Crimes Against Zombanity Achievement
Add a photo to this gallery 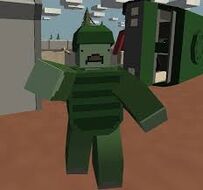 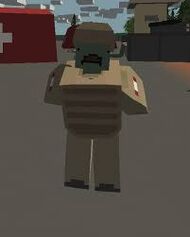 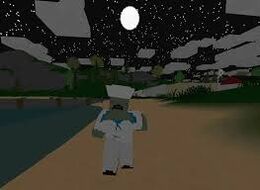 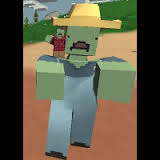 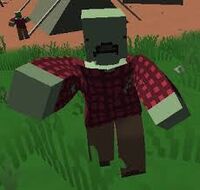 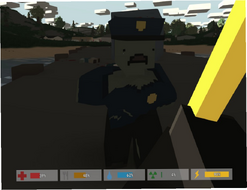 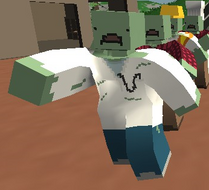 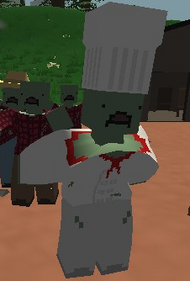 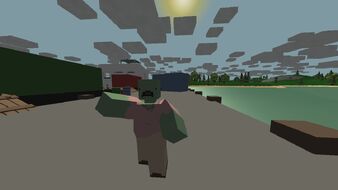 Civilian Zombie with a pink shirt
Add a photo to this gallery
Retrieved from "https://unturned.fandom.com/wiki/Zombies?oldid=45440"
Community content is available under CC-BY-SA unless otherwise noted.