Zombies are hostile entities found in almost all known locations in all of the Unturned maps, being the main threat the player faces in the game. Zombies are drawn to motion and sound. This can be observed when players or thrown objects (Grenades, Flares or Smokes) are in their range of vision, or after shooting, without any zombies actually seeing you. Zombies will only attack Vehicles, Barricades and Structures if they cannot find a way around them. An exception is when it is a Full Moon.

Early in the game, zombies may prove to be very difficult for the player, especially in groups. A player can quickly find themselves overwhelmed if they aren't too careful with how much sound they're creating or visibility they are presenting. Large groups of zombies can prove deadly to even skilled players, so an unsuppressed firearm isn't always a viable option for taking down zombies. Small groups of zombies are relatively easy to take down using a melee weapon, as zombies will briefly become stunned when taking sufficient damage. However, this won't happen in hard mode, and even a handful of zombies can easily overwhelm a poorly equipped player.

Zombies will have a chance of dropping a random item based on what kind of zombie it is. For example medical zombies may drop medical items, police zombies have a chance of dropping civilian ammunition and police clothing, ranger zombies can drop ranger grade items, and military zombies can drop military grade items. Mega zombies will drop a high amount of uncommon or rare loot upon death, like military firearms, ammunition, and grenades. If the zombie was spawned as part of a horde it won't drop any items upon death.

Any zombie killed by the player, horde or not, will drop experience upon death, the exact amount depending on the game's difficulty. If the zombies are killed using grenades, vehicles, or traps, they can still drop items upon death, if they're not part of a horde, but the player won't get any experience.

Zombies during a full moon

A radioactive zombie. Notice the green glow around it. 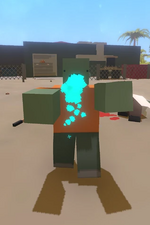 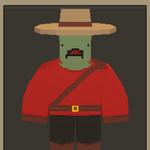 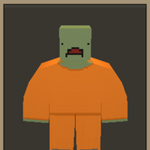 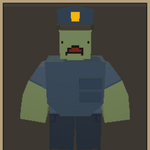 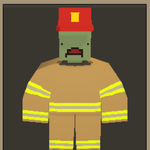 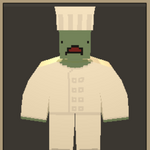