"A blizzardy location deep in the mountains. This will make use of the snow system in the editor, and offer a much tougher survival experience compared to PEI. There will be far fewer locations save a crash site where the player spawns and some outposts in favor of the outdoors experience. This will hopefully lead to more snow assets, traps, and new animals."

Yukon is one of five official maps in Unturned 3 along with PEI, Washington, Russia, and Germany. It is a snowy map based on Canada's Yukon territory. It was released on August 14, 2015.

The snow system, also known as Temperature, returns again, which means Players should equip Clothes while outdoors to keep from freezing to death, making survival a higher priority than killing. The Player must have at least any top, bottom, and headwear when unsheltered in order to prevent from freezing. The Player's temperature will drop outdoors even when fully clothed. Taking cover in buildings, most vehicles and other enclosed spaces prevents the Player's temperature from dropping. The Player can raise their temperature by standing in the vicinity of a lit campfire or powered oven.

Yukon's large open spaces and general lack of roads make it incredibly easy to get lost while traversing its terrain. It is advisable to regularly check a Chart or GPS, or setting a waypoint on the map while carrying a Compass, while traveling to a location to prevent wasting of time and fuel. The severe lack of visibility due to heavy snowfall makes the use of most long-range firearms almost useless, making PvP more challenging. The relative lack of cars also forces players to rely on snowmobiles, which have a low fuel capacity. Flying any aircraft during snowstorms is near-suicidal because of short visibility and because aircraft HUDs have not been implemented yet. Fighting the Mega Zombie at Off Limits is considerably harder during snowstorms, as limited visibility prevents players from shooting at safer distances.

One of Yukon's few upsides is the abundance of pine trees. These are the best trees for making crates, as Pine Crates offer the best storage capacity. In addition, the large number of log cabins located across the landscape make for convenient base locations. All bodies of water are also completely frozen over, meaning that players can walk and drive there safely without needing boats, although the ice itself is slippery for players and cannot be built on.

These are some of the new features added alongside the map. 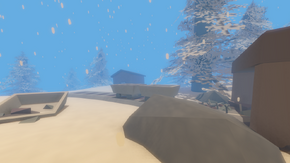 The icon for Yukon.

A teaser image of Yukon.

A teaser image of Scorpion-7. 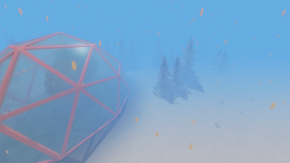 Another teaser image of the Scorpion 7 lab. 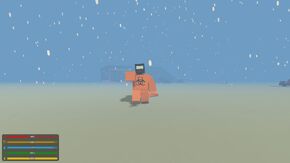 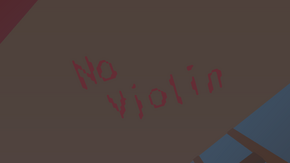 The No Violin reference in a barn near Klaunne Lake. 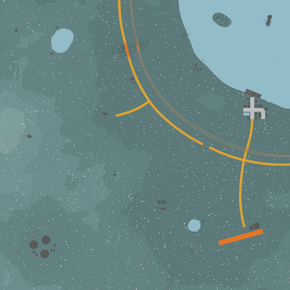