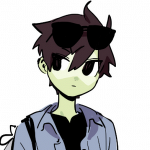 Welcome to my user page, The Player.

What games do you play?

Long Range Superiority: My favourite Primary firearm would be the Eaglefire, with Chevron Scope, a Vertical Grip, and a Military Barrel attached.
German Engineering: My Secondary choice would be the Viper, fitted with Dot Sight, Tactical Laser, and Military Suppressor (For silent reasons).

Double Cross: EXALT would be my number one on the bounty list, their habits of siphoning most of my credits would be my explanation why.

Downer Ending: Set 20 years after XCOM: Enemy Within, humanity was, ultimately, defeated by aliens. XCOM got their asses handed to them and is now simply a resistance force.

Team Fortress 2: You know it, you've played it, you bought a hat.

Heavy Weaponry: Heavy would be my most played class. Although prone to spies, suppressing enemies from advancing would be it's biggest trait.
Medical Check-Up: Medic is probably my favourite class, since almost everyone relies on them.

Friends In Low Places: You ever need a meat shield, click here.

Call of Duty: 2 The game where I shot my first Nazi.

When are you online?

What happened to Neil?

[Speaking in some foreign language.]

Where is your profile picture from?

The first, original one: http://www.paradoxspace.com/you-have-a-feeling-it-s-going-to-be-a-long-day/4

The furry one: Nah.

I love you too.

Things to do in real-life.

Things to do in the wiki.

Things to do in the internet.

Retrieved from "https://unturned.fandom.com/wiki/User:Hackername?oldid=213178"
Community content is available under CC-BY-SA unless otherwise noted.