The UFO is an Unlisted Location and Easter Egg found on the Washington and Halloween PEI map.

The UFO can be found inside the Pirate Cove.

The UFO can be found at the top left of the map, near Bellevue Golf Course.

Shadowstalkers, Chemicals and Rails spawn near the crashed UFO. There is also an Excavator that was used to uncover the crash. Biohazard and Radioactive zombies spawn around the excavator.

The UFO has a Deadzone Node surrounding it. 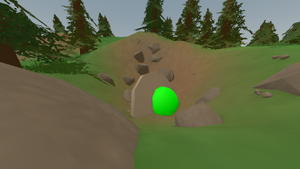 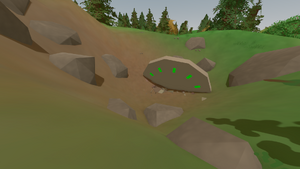 The other side of the crashed UFO 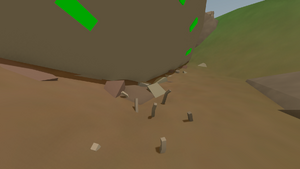 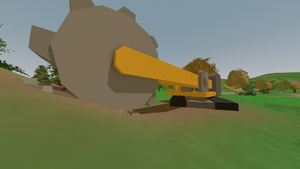 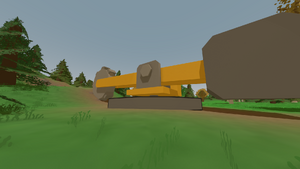 A side view of the Digger 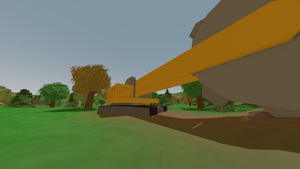 Another view of the Digger 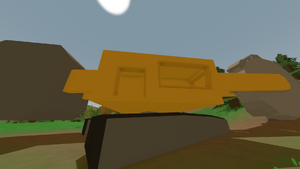 Entrance to the Digger 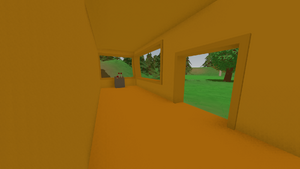 Interior of the Digger
Add a photo to this gallery
Retrieved from "https://unturned.fandom.com/wiki/UFO?oldid=215624"
Community content is available under CC-BY-SA unless otherwise noted.