PEI is one of the five official survival maps in Unturned 3, along with Washington, Yukon, Russia, and Germany. It is a medium survival map based on Prince Edward Island, Canada. It consists of a large island surrounded by several smaller islands, connected to Canada via the Confederation Bridge. Most of its terrain is filled with grass and trees, while its coast is filled with beaches and sand. The main island, unlike its real-life counterpart, is also rather hilly in some areas.

PEI is primarily focused on player vs. environment, with four small civilian towns, four farms, and two campsites, although the presence of two military locations, along with the bunker on Holman Isle, make player vs. player combat quite viable.

PEI is one of the two playable maps, and the first map, in Unturned Classic. It is a large island off the coast of Canada filled with forests, various towns, farms, and military installations. 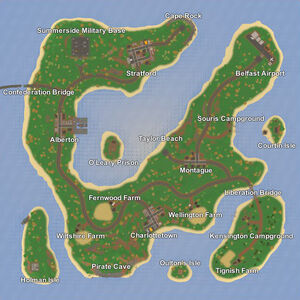 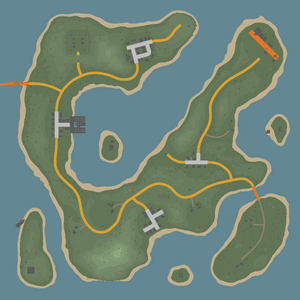 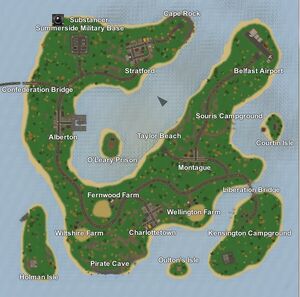 Map with the previous layout of PEI. 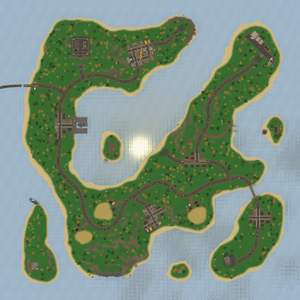 Map with the second previous layout of PEI. 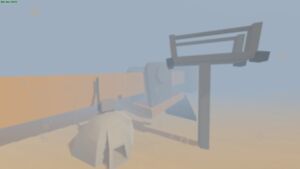 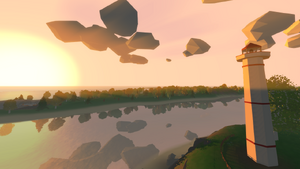 The icon for the map. 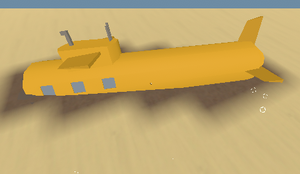