The Otter is an Epic Airplane in Unturned 3.

The Otter is capable of landing on both water and land. It is based on the Sandpiper. The Otter is not capable of turning while taking off from land but can almost always land in water (unless making contact with the ground underwater) even while nose diving or flying upside down. If its propeller touches anything solid while at or past 75 kilometers per hour, the plane blows up killing anybody aboard. If it touches an entity, it damages or kills it.

PEI: At the docks of Courtin Isle.

Germany: At the dock of an island near Berlin.

Belgium: At the docks of Memling Campground, docks just west of Port Haven and Ostend's docks.

Use the W key to speed up the engine and the S one to slow it down. Use your mouse to steer and take off. Use A and D keys to turn it horizontally. The arrow keys can be used instead of the mouse, so it can be flown in third person. 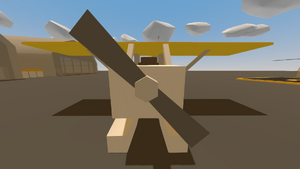 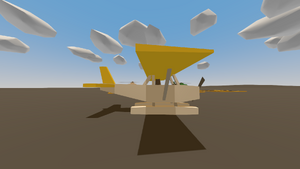 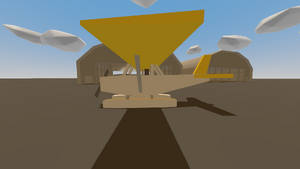 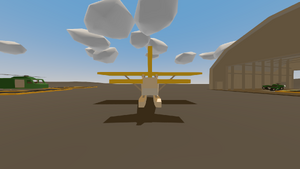 Cockpit of the Otter 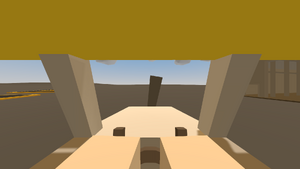 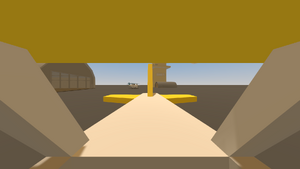 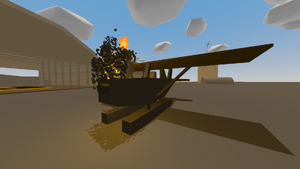 Destroyed Otter
Add a photo to this gallery
Retrieved from "https://unturned.fandom.com/wiki/Otter?oldid=214227"
Community content is available under CC-BY-SA unless otherwise noted.