Devtest is a test map in Unturned. It was used in public previews of update 3.0 to test new features and changes in the game. Currently, it is has been removed and an Arena variant has been added.

Icon seen in the main menu

The Halloween-themed house prior to version 3.1.3.0 (Zoom in for clearer details)

The car crashed into the guardrail.

The car crashed into a tree. 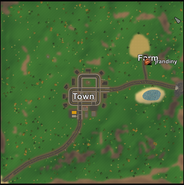 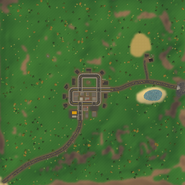 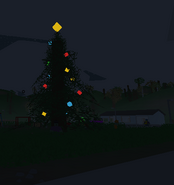 The Christmas tree at Devtest playground.

Billboard of 'Entakt Shipping', a reference to Unturned Youtuber eNtaK.
Add a photo to this gallery
Retrieved from "https://unturned.fandom.com/wiki/Devtest?oldid=155427"
Community content is available under CC-BY-SA unless otherwise noted.